slider html
Consumer Issues
Consumer Interest
Virtues of a Mobile Wallet
Yogesh Sapkale
29 June 2015 To bookmark you need to sign in  0
Mobile wallets are great for small-value transactions
India has more mobile subscribers than bank account-holders. So, using the mobile as a platform for new age services makes great sense. While mobile apps from banks have become popular, there is a large number of people who think using mobile for financial transactions is risky.
Now, let us see how a mobile wallet (another form of mobile payments) works. The mobile wallet is a virtual equivalent of your physical wallet. It stores information about your bank account, credit or debit card and personal identifaction details, like permanent account number (PAN) or driving licence number. This requires very strong security, for protecting the stored as well as transaction data. Due to the absense of standards and norms, the mobile wallet is creating some quirky moments. For example, State-run Bharat Sanchar Nigam Ltd (BSNL) tied up with State Bank of India (SBI) to offer MobiCash, a mobile wallet that promises users to withdraw money from SBI ATMs. However, BSNL officials are clueless about how this will happen, especially for withdrawing money without an ATM card.
At present, Paytm, MobiKwik, Oxigen and Citrus are the leading mobile wallet service-providers in India, licensed by the Reserve Bank of India (RBI). As per the current norms, a user can load money on her mobile wallet and use it for making payments to merchants which have a tie-up with that wallet service-provider. For example, a user of Paytm can make payment only to a merchant which has a tie-up with Paytm and, thus, can accept mobile money. But things are changing rapidly; soon users may be allowed to withdraw money through mobile wallet. In addition, the user cannot deposit more than Rs10,000 on her mobile wallet without fulfilling RBI’s know your customer (KYC) norms.
What is the advantage of using a mobile wallet over conventional or online payment systems? There are two major factors that go in favour of using mobile wallets. First, your personal details, especially financial information like bank account number, are not exposed. And, second, it limits your exposure in terms of value transactions, because you can upload (in most cases) just Rs10,000 without the KYC checks. So even if there is some issue with the mobile wallet (not likely, though), you may end up losing a maximum Rs10,000 as against losing every single penny in your bank account, in case your account is compromised.
How can you use a mobile wallet? Well, first identify the service that you would be using for making small payments. Then, check which is the common mobile wallet available for most of the services and use it. But make sure, you upload the amount sufficient to pay for services that you would be using.
The advantage of using mobile wallet is that it requires minimum effort from the user to make a payment. However, with RBI planning to make online payments through one-step authentication, mobile wallets may lose the advantage. But, as I said earlier, for small value transactions, mobile wallets are still the best bet, provided the service-providers make sure to bring every merchant on their platform.
While there are about a dozen mobile wallet service-providers in India, each has tie-ups with different kinds of merchants. This means, for each type of service, you will have to use different mobile wallet; this explains why, despite a rise in number of mobile wallet users, there is no huge jump in terms of transactions and revenues. Hopefully, soon, big players like Google Wallet or Apple Pay, which are now available in the US, will be allowed to make an entry in India and the rest, as they say, will fall in place.

Why not use CDMA data cards, they are relatively cheaper. And offers better connectivity. Been living in small town Pollachi TamilNay and I get a decent network where there is no 3 star hotel!

Well I agree with BSNL quality of service, even their CDMA 3g datacards have frequent problems, as it shall not be impacted by wires being cut, still doesnt work! I salute you for the efforts you have put in to get your way. I must say that you are very process oriented and have found the right way to get your work done. This is a learning lesson for people who cannot get their work done and put up their hands in despair.

I seriously urge you to give me some task in your struggle so that I learn something from you. You can delegate me some task to communicate with authorities. My name is Vishal and currently residing in Bangalore. My mobile number is 8904307015 and mail id is [email protected]. I have experience of getting my work done using RTI. If I can be of any use to your struggle then I will consider myself very much honored and blessed.

In Delhi MTNL is already gone to dogs. Lines man is aged so will not bring ladder to climb poles. so overhead cables will be pulled down frequently and will remain unattended 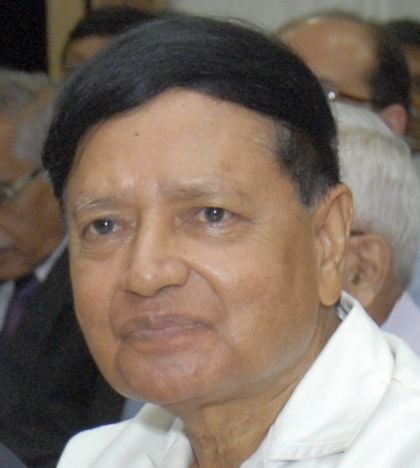 Forget about Private Telecom Operators whose prime motive is to earn more money. But like BSNL, let the State arm MTNL follow the suit . If this happens thousands will opt for MTNL service in Mumbai and Delhi ,at least as an additional SIM to be used when roaming.

Dr. Mr. Shenoy, take hard copy of this article of yours and send it to Pradhan Sevak, Pradhan Santree, 56cm-Breast (cm, centimeter, because we are following metric system, and not FPS i.e. Foot, Pound, Second, and every Indian is supposed to follow it, and particularly CMs and PM as they are bound by the oath they are taking while assumimg their offices, so 56inch breast is simply ruled out.), Common Man (as he liked to be called when he was Gujarat CM). Do you believe him and his hype to hide his inferiority complex (to always show superiority)?!!!Alternatively, you maight use FB, Tweeter, PMO online etc.. but do send.

BSNL doesn't care for urban customer either. BSNL is Bharath Sarkar Ki Samoathi. It exists purely for the pleasure, pomp, pel, perpetuation and perversions of it employees and over lords. I finally lost patience and chucked it up I am now on ACT. Phew! What a relief! National Consumer Disputes Redressal Commission (NCDRC) rejected the arguments of a real estate company that provisions mutually agreed upon in a builder-buyer agreement (BBA) are sacrosanct. The apex consumer court was hearing an array of cases filed by 26 buyers who, in 2009-10, had invested in Unitech’s Vistas project. Possession of flats was not handed over as promised by December 2012—not an uncommon problem in the realty sector. Forty buyers then moved NCDRC in November 2014. Of these, cases of 26 complainants were listed for final hearing, after a series of hearings over the past six months. The Commission’s verdict, though, is still reserved.
“The agreement clearly mentions the developer would pay 1.8% of the amount paid as penalty, in case of delay in handing over flats,” said advocate Sunil Goel, who represented Unitech.
But NCDRC rejected the argument on grounds that it can challenge any unfair trade practice, even if there is a prior agreement between the parties. “When the buyer is made to pay 18% penalty for default, is it fair on the developer’s part to pay a mere 1.8%?” said Justice VK Jain who heard the matter.
Unitech’s counsel cited several factors, like economic slowdown, shortage of labour availability and scarcity of raw materials, all of which were dismissed by NCDRC. “When the company has already collected over 90% of the cost, why is it affected by the state of the economy? Most delays happen because developers transfer money collected in lieu of one project into another. This is a very common practice,” said Justice Jain.