Banking
Personal Finance
Over 82% respondents say banks should not sell third-party products
Moneylife Digital Team
29 July 2015 To bookmark you need to sign in  10
A Moneylife Foundation survey reveals gross mis-selling by banks. Over 83% of the participants were coerced to buy insurance
All regulators repeatedly emphasise that intermediaries such as a distributors and agents should ensure that they sell only products that are suitable to each of their customers. Bankers, wealth managers and advisers are supposed to check their clients’ need before recommending a specific product. This, however, is not followed in practice. Over the past few years, banks have emerged as the biggest distributors of financial products in urban areas. They are large institutions with sophisticated processes. However, how do they treat their own customers? Our survey of over 1,000 Moneylife members reveals gross mis-selling by banks. Below were the key findings of the survey:
• Nearly 90% of people surveyed believe they have been mis-sold a financial product or service. • Over 80% of the respondents believe that “banks should not sell third-party products because they lack accountability.” • Of these, 75% stated that they were sold credit cards that they did not need/want.
• As many as 66% complained about being mis-sold ULIPs.
• Nearly 64% of the participants said they did not find the product suitable for their needs. • A shocking 50% reported that their bank forced them to buy third-party products.
• Predictably, 83% of the people surveyed said they were coerced into buying insurance. In effect, it is by far the most mis-sold product. This was followed by mutual funds (35%) and 3-in-1 demat and trading accounts (21%).
• Nearly 68% of the respondents say that banks are aggressive about selling group products, especially at the time of negotiating a loan. • As many as 70% of the respondents say that banks do not have an effective grievance redress system and 69% believe that banks will not take responsibility for the quality of products that they recommend. Moneylife continues to receive complaints about brazen mis-selling, especially to senior citizens. The extent of mis-selling of ULIPs has reduced over the years, but coercive sales continue. So be wary about bankers selling insurance. Nearly 50% of the respondents to our survey reported not being told about the terms and conditions of the product/s. One has to be on guard.
The RBI wants to act on the principle that bank customers need to be treated fairly. On 25 May 2015, RBI governor Dr Raghuram Rajan called a meeting with a few consumer activists and commentators to seek feedback specifically on the issue of mis-selling by banks. Moneylife Foundation, which was able to present its views at this meeting, decided to seek specific customer feedback through an objective online survey of members.
Over 1,100 people responded to the survey. Although the sample is skewed because it represents urban (50% of the respondents are from the six top metros plus Pune and Surat), educated, reasonably affluent persons (65% earned over Rs5 lakh per annum) who understand English, this factor seems adequately balanced by the fact that this group is the primary target for sale of third-party products. Even discounting for the fact that people who have had issues with banks may be more inclined to fill out the survey, it provides extensive, organised feedback on the ‘suitability’ factor that holds many lessons not only for the regulator but for consumers as well, if not for bankers.
Therefore, the onus of due diligence for assessing product suitability is on the service-provider. Despite the RBI mandating the ‘Right to Suitability’ as one of the rights of bank customers, do banks diligently check product suitability before selling a product? In our Cover Story here, we highlight several such cases of mis-selling and the ways to protect your savings from the hard-selling of banks.
In December 2014, the RBI published a five-point ‘Charter of Customer Rights’ and asked banks to operationalise it ‘in a time-bound manner’. The Charter asks banks to ensure fair treatment of consumers without discrimination; it requires transparency and honest dealing in spelling out costs and risks associated with products; it makes banks take responsibility for the suitability of the products it sells.

Absolutely true! It is now actually going from bad to worse. The Banks behave only like money spinners and are least customer friendly unless they have to gain in anyway. This is mainly because of 'targets' that force the executives to tell plain lies that could not be really understood by customers initially. I agree that there should be no third party selling by Banks 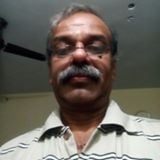 I dont know how the regulators failed to do their duty. Long back i have complained to RBI as well asIRDA about how bankers can force a borrower to buy insurance and mutual funds. Both the regulators can verify thid these products are sold just before and after their credit proposals are sanctioned.

I HAD MENTION EARLIER ALSO THAT BANKS ARE DOING WHITE COLLAR BLACKING BUSINESS. CUSTOMER UNDER OBLIGATION HAS TO ACCEPT WHAT IS SOLD BY BANK, HE HAS NO KNOWLEDGE OF WHAT HE IS BUYING.
MOST OF BANKS HAS TIE UP WITH ITS OWN GROUP CO. Eg HDFC- HDFC LIFE, SBI -SBI LIFE, KOTAK- KOTAK LIFE, ICICI- ICICI LIFE & MANY MORE.
THEY HAVE TARGET & ALL THIS INSURANCE CO ARE SELLING MAINLY THROUGH THEIR GROUP CO WHICH IS BANK.
IF THEY ARE STOPPED DOING INSURANCE BUSINESS THROUGH ALL SUCH COMPANIES MAY HAVE TO WIND UP INSURANCE BUSINESS.
I HAVE NO KNOWLEDGE ABOUT RTI, BUT I AM SURE IF RTI IS DONE & REPLIED BY BANKS THEN DATA RECEIVED MAY SURPRISING.
ONE RTI FOR POLICY SOLD TO PERSON ENJOYING BANK FACILITIES & POLICY SOLD TO HIM OR HIS FAMILY MEMBERS.
SECOND RTI PERSON NOT ENJOYING ANY FACILITY & POLICY SOLD TO HIM OR HIS FAMILY MEMBERS.
BANKS LICENSE ARE TO CANCEL WITH IMMEDIATE EFFECT.
INDIVIDUAL AGENT CAN NOT SELL MORE THAN ONE LIFE INSURANCE CO.PRODUCT, BUT RBI IS CONSIDERING BANKS TO ALLOW MULTIPLE INSURANCE CO. LICENCE. I received a phone call to apply for a credit card of a particular private bank.
Caller said, there will not be any fees for the first year.
I asked, how much do you charge card fee after first year, and I wanted to know the terms and conditions of the credit card.
Caller asked me to visit their site to know the details, and I asked the caller to call me next day.
I visited said bank's site, to know the details of the credit card.
Although fees for credit card was reasonable, a card holder has to open a bank account with minimum Rs.25,000/- balance. If balance falls below Rs.25,000/-, every time, Bank will fine A/c holder Rs.750/-. I can understand if bank charges Rs.750/- per month, for short of minimum balance. This Bank was charging Rs.750/- for every occasion. If your balance falls short of Rs.25,000/-, four times a month, then you will end up by paying Rs.3,000/- for that month.
Like this, several steep charges were levied for default payment on your purchases made on your credit card.
Be careful, in availing of any loan, credit card, etc. from any bank now a days. Ask for all the terms and conditions before you avail of these facilities.

Many bank staff do not know their own job,they are bound to miss-ell the third party product only to reach target or get more incentive.Our nation is full of contradictory rules,action or circulars.
Last month I visited Bank of Maharashtra Bhawani peth,Pune branch to pay my profession tax,the staffer coolly told me to pay online even though it is mandatory for all nationalized banks to collect state and central taxes(I am account holder for about 47 yrs).This is to say that work avoidance is reason.
Similarly banks sell mutual funds and insurance,in case of distributors SEBI and AMFI mandates NISM certification only to avoid mis selling these authorities do not allow IFA's to apply on their own ARN. Similarly insurance product can be sold only by certification exam conducted by IRDA.
Do all bank officials are qualified ARN holder or insurance certified holders.
Why there is different yardstick for different people working in same field.Is not not discriminatory practice and shielded by SEBI,RBI,IRDA.They should explain their stand once for all.

This is so true. One is hesitant to visit a bank for anything now as almost all activities are linked with hints to buy this product or that service. Staff are given quotas - so many credit cards to be sold before end of month, etcetc. Even inside ATM cabins, there is more sale junk than anything else.

Not selling third party products is not the solution as they can missell their own products. Proper system backed approach to selling is called for. When it comes COMMISSION and an additional incentive (read MONEY) to selling staff, misleading of the Customers is inevitable, at least in case of 80-90% of the staff. It actually amounts to BREACH of TRUST the Customer has in his Bank. Really an appropriate survey esp. in an environment where there is a pressure on the revenues for the distributors of the financial products. No wonder why they are selling the products that offer higher commissions and eventually hurt investors'interests. but its a long lane that has no turning.

As mentioned in the article, the sample may not be representative of the banking public. But, if this is the position in metro and urban areas, the extent of exploitation in semi-urban/rural areas can be guessed. While technology has made financial transactions fast and simple, every individual has to be cautious while handling hard earned money. The sales talk in respect of financial products should not be believed without 'verification'. Unlike cosmetic products or use and throw items we purchase, based on their appearance or advertisements, one has to be verycarefule while making investment decisions. Moneylife is doing a great job by creating awareness and bringing inadequacies in product descriptions and wrong methods used in marketing to the notice of regulators. It is comforting to see that organisations like RBI is listening to the customers or their representatives and taking corrective measures. There has been a dramatic growth in credit cards issued by various banks in the past 15 years. With growing competition to garner more customers, banks showered customers with multiple credit cards. One consequence of this is the failure of many customers to make timely...