In Gujarat, biometric data of almost 1.27 crore ration card holders is leaked and fair price shop (FPS) owners are using pirated software to siphon food grains meant for these people, says a report from Sandesh, a Gujarati newspaper.
According to the report, with the help of this software, FPS owners are uploading data of ration card holder for obtaining food grains, which they are selling in open market later. By leaking this government’s secret data, there is a scam going on in the state, the report added. As per the report, a large number of FPS shop owners in Surat are purchasing this software consisting of leaked fingerprints data for Rs25,000. Using this software, the shop owners are creating and using coupons worth crores of rupees, without the knowledge of the ration card holder to procure and then sell food grains in open market. This is not only happening in Surat but throughout the state, the newspaper says quoting its sources.

Thanks Moneylife for bringing out this important issue concerning the poor class of consumers. Suggest your writing how the class of consumers has been suffering from such mismanagement of the service system in this democratic governance so that the Judiciary could take up suo moto in the iterest of protecting consumers of the country.
My suggestion would be to immediately close down the Fair Price Shops and ration card distribution immediately.

In an extraordinary event in the history of judiciary, four senior Justices from the Supreme Court on Friday called a press conference to point out certain things that they feel are are not in the order in the apex court.
Justice J Chelameswar, who was accompanied by Justices Ranjan Gogoi, Madan Lokur and Kurian Joseph, said, "This morning we met Chief Justice Dipak Mishra and made a request that a particular thing is not in order. Unfortunately, our efforts have failed in convincing the Chief Justice to take steps to protect the institution."
"With no pleasure we are compelled take the decision to call a press conference. The administration of the Supreme Court is not in order and many things, which are less than desirable have happened in last few months. We collectively tried to persuade the Chief Justice that certain things are not in order so take remedial measures but unfortunately, our efforts failed. We owe a responsibility to the institution and the nation," the Justices said.

JUDGES CANNOT ASSUME THEIRSELVES AS A LAW UNTO THMSELVES AS THEIR JUDICIAL PREVILEGES!

The judges opened very superficial problem pertained to their ego,they have no intention to address public interest to streamline judicial mechanism to deliver timely true justice.The justice system has been SHAM .The system blackmails public by fear of CONTEMPT proceeding to allegations against court.

The four judges have not acquitted themselves honorably and deserve to be punished for going public in violation of their Conduct Rules.

In Reply to Deepak Narain 2 years ago

Incidentally it is also known that none of these 4 judges have not complied with the instuctions from the CJ to declare their asset details,.

While claiming that the CJI is “only the first among equals”, the four judges also assert their own superiority over junior judges. There is a contradiction in this. Implicit in their stance is the allegation that the junior judges are less capable of handling certain cases, or would produce sub-par judgments. To support bombastic claims of democracy being in danger or to justify the extreme action they have resorted to, more instances should have been cited rather than one or two ‘departures from convention’ (not rules). If matter is taken to the people, present full facts to them ! If ‘outside intervention is not needed’ as stated by one of the judges yesterday, why was the press conference held? Better would have been to take the matter to the President. He is the ultimate custodian of Democracy & The Constitution of India. Whatever the merits of their case, the judges have caused more damage to the reputation of the judicial system than what they claim they are fighting against.

1.MERITS AND DEMERITS ALL JUDGEMENTS OF THE SC SHOULD BE SCRUTINISED BY THE PEOPLE.SC AND GOVT TO FACILIATE THE SAME.
GOVT TO DISBAND THE ENTIRE TEAM OF JUDGES OF THE SC AND APPOINT FRESH JUDGES. HON'BLE JUDGES HAVE NOW SAID THAT EVERYTHING IS SORTED OUT. HON'BLE JUDGES HAVE SAID THAT THEY BOUGHT TO THE NOTICE OF THE CONCERNED AND EVERYTHING IS OVER -NOT ACCEPTABLE.PEOPLE'S COURT WILL DECIDE FROM NOW ONWARDS 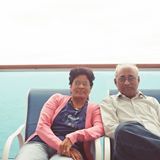 Congratulations to the four Judges to come forward to improve the Supreme Court working and to make it IMPARTIAL. Justice department as a whole, not only the Supreme Court has to ALL THE TIME and in ALL ACTIONS has to be IMPARTIAL. It is the prerogative of the Politicians to be PARTIAL.

all is not well with judiciary.The senior judges prefer to play to the gallery to politicise the issue rather than to solve the the issue in camera Social media shares suggest that these "dissenting" judges are Congress/Left stooges. One of the judge met D.Raja of CPIM immediately after. Why did not these judges meet the president of India to voice their concerns?

In Reply to Anand Vaidya 2 years ago

Social media is a commodity which can be bought and most of the times it IS that way.

Wow! This is an event of enormous significance. I hope the rest of civil society takes note and applies pressure to correct the lapse of good judgement by the CJI. I cannot imagine a more grave threat to India's democracy and Constitution than the loss of trust in one of the 3 branches of govt.
Who can convince the CJI to change course? The parliament and executive are dominated by a party which has strong authoritarian inclination and believes in majoritarian dominance. If the CJI is not trusted to be impartial, then democracy is in peril. It seems as dangerous a time as the Emergency.

In Reply to Meenal Mamdani 2 years ago

You seem to imply that people still "trust" in the 3 branches of the govt. Which India were you living in? It is more than high time since we had to implement solutions to clear the rot. To still discuss if any institution in India is indeed corrupt is a sad state of affairs indeed.

Periodically, we read reports about railway accidents or theft committed on trains. But rarely do we find out the outcome of an investigation, if any, and whether anybody was held guilty and made to face the consequences. Passengers, who are robbed, invariably, face a harrowing time even to get a complaint filed with the concerned authorities. Getting justice is no less than climbing a...
Premium Content
Monthly Digital Access