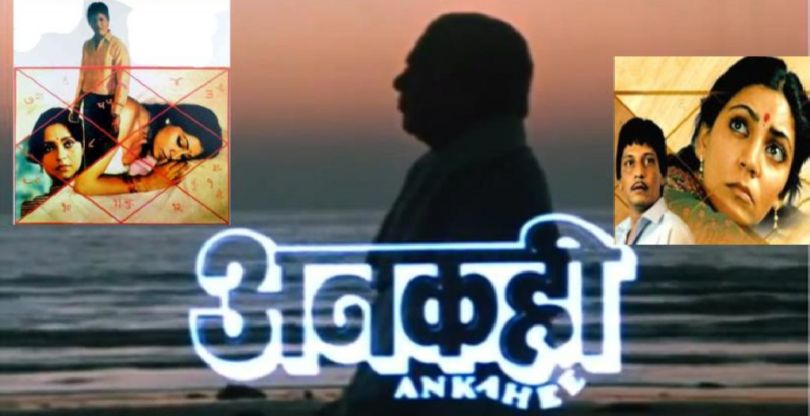 Life
Dr Shreeram Lagoo, who had mostly played avuncular characters on the screen, passed away last December at the ripe old age of 92 years. An ear-nose-throat (ENT) surgeon by profession, he drifted onto the stage which finally led him into accepting roles in innumerable Bollywood flicks and stabilising as a character artiste.  He became a full-time drama actor in 1969 with VV Shirwadkar’s play Natasamrat, which won him tremendous recognition. His stint in Marathi cinema that began with V Shantaram’s Pinjara (1972) consists of several successful and path breaking films like Sinhasan and Mukta. In his later years, he had moved to Pune and chose to stay away from the limelight.
Here is a look at Ankahee, one of his releases where he played an unconventional role of an astrologer: the more special because in real life he had been an ardent campaigner against superstition and had advocated rationalism and scientific outlook with a missionary zeal.
Ankahee was directed by Amol Palekar with ample support from his first wife, director and stage actor Chitra Palekar.
Ankahaee received critical acclaim, thanks to a taut and engaging screen play. The noteworthy performances of all the lead actors in this low-budget film were well appreciated. The film’s sound track by legendary composer Jaidev won him a National Award. Pandit Bhimsen Joshi won the award for the best male playback singer for “Raghubar tumko meri laaj” and “Thumak Thumak Pag Dumak”. Asha Bhosle sang “Mujhko Radha bana lo Nandlal” and Kabir’s famous nirguni bhajan “Kauno Thagwa Nagariya” in her dulcet voice, making the music a treat for all music lovers. Well known astrologer Jyotirbhaskar Pandit Satyanarayan Chaturvedi tells a doctor (Vinod Mehra) that the patient on whom he is about to perform a minor surgery will not survive. The doctor scoffs at this but the patient dies, leaving her husband (Vidhu Vinod Chopra) devastated.
The astrologer lives with his wife, Devaki (Dina Pathak) and their only son Nandu (Amol Palekar). Nandu and Sushama, who works on projects on astronomy at the Nehru Planetarium, are deeply in love and wish to get married soon. But when Nandu takes her home to meet his parents, his astrologer father bluntly declares that as per Nandu’s horoscope, he is destined to have two wives and that his first wife would die during childbirth after 11 months of marriage. Sushama is unperturbed as she is a non-believer in astrology and says she is in any case willing to die for the sake of her love, should the prophesy come true. Nandu, however, has more respect for his father’s acumen and long experience, and tells her that he has never known his father’s predictions to have not come true. He is torn with anxiety and apprehension for the future. At this point, Indu (Deepti Naval) walks into Nandu’s life.
Indu is the beautiful but mentally deficient daughter of Mishra, Panditji’s childhood friend and an accomplished classical singer who lives in a village. He arrives with Indu into Panditji’s home and arrangements are made to get her treated by a psychiatrist  (Anant Bhave, well known TV news reader) who advises marriage for her as he believes that Indu, disdained and deprived of love all her life, would surely respond positively to marital love and would get cured after she gets married.
This puts an idea into Nandu’s mind. He would marry Indu, ostensibly to aid her recovery, but in reality, to get the coast clear, after her predicted death, for his second marriage to Sushama.
Sushama is shocked at this devious plan of sacrificing an innocent girl and says so, and tries to dissuade Nandu but he is desperate and unheeding. He persuades Indu’s hapless father and shares this plan with his parents who are flabbergasted, as Indu has by now won their hearts with her guilelessness, gentle ways and caring nature, and the singing talent that she has inherited from her father. 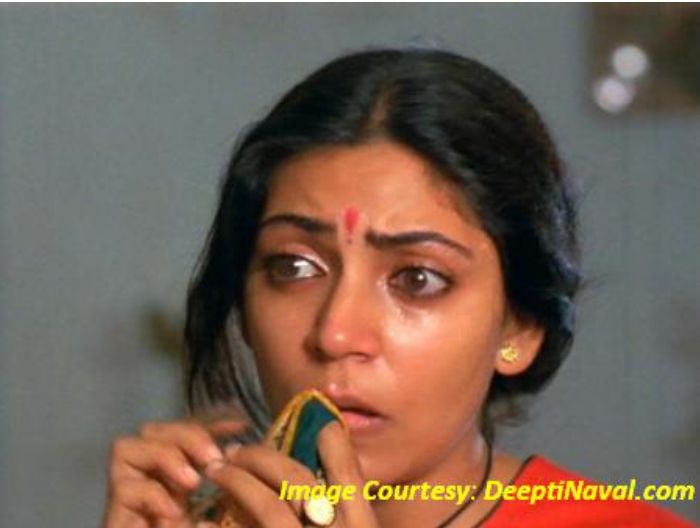 The marriage takes place under a cloud of sombre foreboding, with Panditji fervently praying to the Almighty for his own forecast to fail. Nandu, distraught but focused on his goal, accomplishes the task of impregnating Indu in time for her to deliver in the eleventh month of their marriage.
As per the psychiatrist’s prognosis, Indu is healed by the love she receives in abundance from this household and blossoms to her true potential of an age-appropriate, compassionate and mature woman. Torn by guilt and shame and by now in love with Indu, Nandu confesses the truth to her, who accepts the deception with composure, gratitude and dignity. She pays a surprise visit to Sushama and implores her to take care of her child after her death. What happens next? Does Indu survive childbirth? How does Sushama deal with this unsolicited burden of guilt imposed on her?
The film’s nail biting climax is worth a watch and I do not wish to post a spoiler by revealing the end here. The film was based on the Marathi play – Kalay Tasmai Namah by C T Khanolkar.
If Deepti Naval’s portrayal of Indu is heart rending, debutante Devika Mukherjee also brilliantly portrays the dilemma of a conscientious young woman who must watch helplessly while another woman is being made into a scapegoat by the man who loves her. Amol Palekar is far removed from his familiar comic roles and delivers a punch as the distressed and frustrated Nandu who develops a soft corner for the woman he has married.
Ankahee is a must-watch for all the connoisseurs of good cinema.
(After working in the corporate world for close to two decades, Bhagyalakshmi Seshachalam started her second career innings as a head-hunter. She is passionate about Hindi movies and loves retro music. When her family shifted to Chennai in the 80s, Bhagya had a taste of Tamil cinema too. In the long term, she plans a book on two of her favourite directors – Guru Dutt and K Balachander. She travels across the country on work and is based in Mysore.)
Comments

r_ashok41
I do not know how i missed this great movie and thanks for the same.After reading your story will definitely see the same to visualise the effect of it.thanks for bringing out such gems of our culture and hope we hear more of the same in days to come.I also hail from mysore and keep coming there and reside in saraswatipuram.
Reply

DineshA
Watched this movie after ages on you tube. Excellent not be missed, especially for younger generation. Some other names I would suggest Ijaazat, Saath Saath.

Bipin Chougule
Natsamrat was not written by Vasant Kanetkar. It was written by V. V. Shirwadkar (Known as Kusumagraj)
Reply